What happened on 11th September 2001, changed the world we live in today. Thousands of inanimate bodies, among debris and dust. The attacks killed 2,997 people, injured over 6,000 others, and caused at least $10 billion in property damage. The four coordinated terrorist attacks were caused by the Islamic terrorist group al-Qaeda. Although most of you are aware of that already, did you know the following interesting facts about that day which changed the world history?

1. US government had to pay $1.8 million in compensations to the families of the victims of 9/11.

2. The Queen of England authorized the Coldstream Guards to play the US national anthem during the Changing of the Guard ,despite the protocol, in order to support Americans stranded in London due to airport closures after 9/11 attacks.

3. Tania Head appeared to be in the South Tower during the 9/11 attacks and served as President of The WTC Survivors Network .But afterwards, people found out she was lying. And that she was not even in the United States during the attacks.

4. It took approximately 100 days to firefighters to control over the fire. The toxic debris containing carcinogens polluted the environment, leaving thousands of people prone to inhalation diseases.

5. More than 90 countries lost their citizens in the attacks, and around 3,000 children lost their parents.

6. In the weeks after 9/11, there was a sudden increase in blood donation. 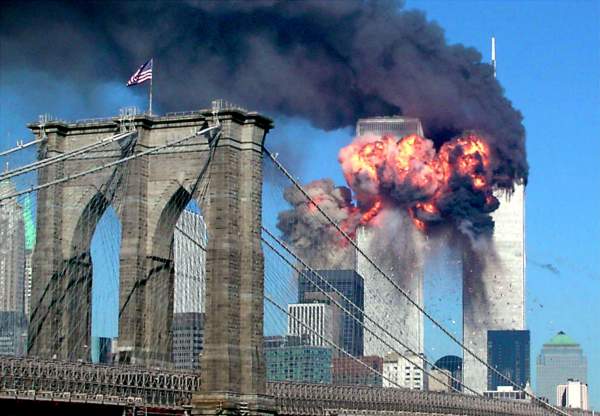 7. Michael Jackson had a meeting scheduled at the Twin Towers of the World Trade Center on 9/11. But, he missed it as he overslept.

8. The company that owned the World Trade Center had scheduled a meeting for 9/11 on the 88th floor of tower 1 to discuss what to do in the event of a terrorist attack, but rescheduled the night before because one participant could not attend.

9. A total of 500 search and rescue dogs were deployed to find survivors in the attack area.

10. Al-Qaed’s originally had planned to target the nuclear power plants. But they skip that, thinking things might get out of control.

11. Mychal Judge, the chaplain of New York Police Department ,was the first confirmed fatality in the attacks.  In Ireland, a monument was erected in his memory.

12. Rescue dogs found very few people alive in debris .As that fact stressed and disappointed the dogs , their trainers used to pretend the victims to keep high the dog’s spirit .

Inside a $20 Million NYC Apartment

Inside the Most Expensive Hotel Room in New York City ($50,000 per night)

If you want to stay in the ultimate luxury,you'll need to spend $50,000 per night  in the most expensive hotel suite in New York,the...