A Road Stretching to More Than 80% of the World: Russia Proposes a Superhighway That Will Take You from Europe to USA

The head of Russian Railways Vladimir Yakunin has proposed a plan, approved by the Science Academy, for building a “superhighway” to connect his country's eastern border with the U.S. state of Alaska, by crossing a narrow stretch of the Bering Sea that separates Asia and North America. It would go all the way through Russia, including already existent roads and highways.

This is an incredibly large project, as the superhighway will stretch for 80% of the planet, and it will require international cooperation. If the plan comes true it would mean that people could get anywhere by driving, for example citizens of the US could go to Asia by car. The project will cost trillions of dollars to be accomplished and each country will build its part of the road as the Russia can’t make it alone. The Name of the Project Is TEPR and it will be 12,500 miles (20,116km) long, with hundreds of new tunnels and bridges. This super-highway will help many smaller communities and towns to grow and develop, as well.

The distance between Russia's western and eastern borders is roughly 10,000 kilometers (6,200 miles). 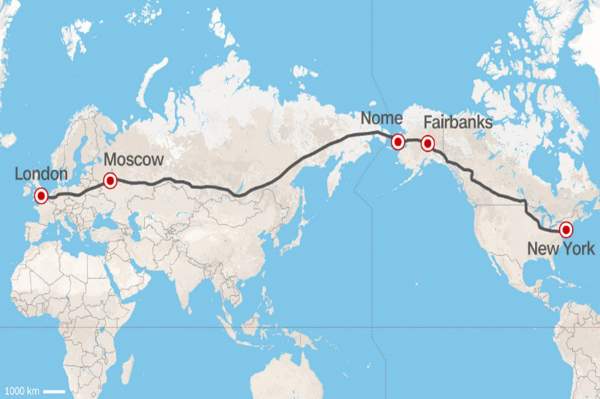 What Happens to Your Checked Luggage at the Airport

Have you ever wondered what happens to your bag at an airport? When you get to the airport, you check in and then you hand off your lugga...

What to see and do in Milan in 1 day

Milan is one of the most visited cities in Italy after Rome and Florence. In this article we will see what we should not miss if we visit...