All Romes Lead to Roads, At Least in the US


No, your mind isn’t playing tricks on you, and it’s not a typo.  That’s what’s supposed to say.  See? 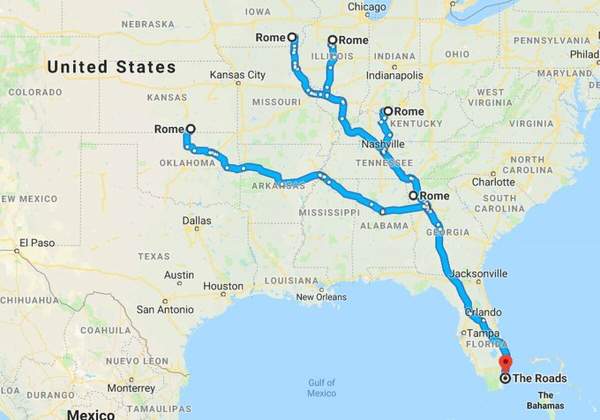 But that’s just a partial map, as Wikipedia lists 32 Romes in the United States. 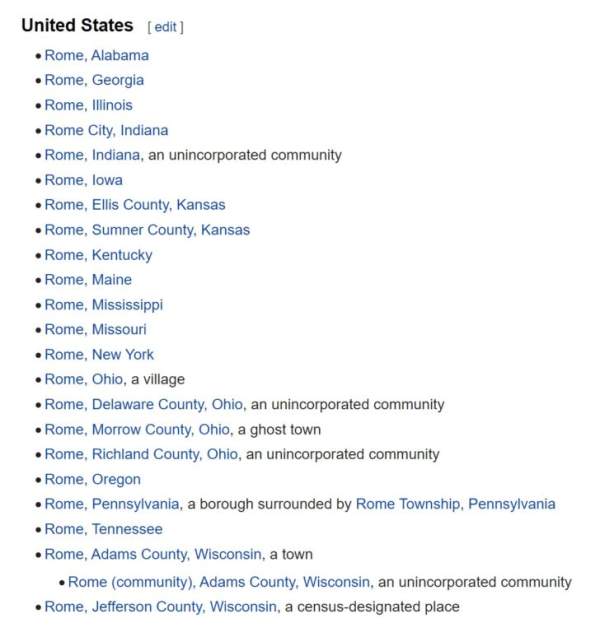 That’s a lot of Romes.

But why are there so many places named Rome in the United States? It's not necessarily because of a large population of Italian immigrants. In fact, the naming of some of these Romes can be attributed to more unusual circumstances. Rome, Oregon, for instance, was named after the ruined temples of Rome, Italy due to the nearby geologic formations. The Rome located in Georgia was named for its three rivers and seven hills, and even has a statue of Romulus and Remus on display in front of the municipal building. And Rome, Alabama may have simply been named after Rome, Georgia.
So while it may seem strange that there are so many Romes in the United States, the truth is that each one has its own unique story and history. And who knows, maybe a trip to one of these Romes will inspire a journey to the city of Rome itself. As for all the towns named Paris, well, that's a mystery for another day.

Don’t get me started on all these Parises: 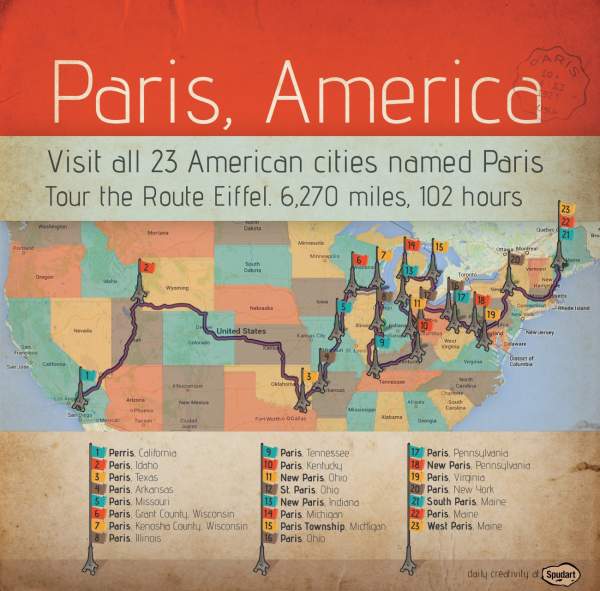 But the Tour Eiffel seems like a great road trip to me.

Christmas is the most important holiday of the year and not only from an economic or religious point of view, but also from an emotional ...