The UK Space Agency announced its plan for a "space plane" that will travel between New York and London in one hour, and it's expected to hit the sky by the 2030s. In that case, insanely fast passenger aircraft will fly at Mach 5.4, which means really fast.

On Tuesday, at the UK space conference in Wales, the UK Space Agency CEO revealed that this high tech plane or rocket shuttle would be powered by a hypersonic engine. These speed capabilities will change air travel, capable of traveling five minutes at the speed of sound.

And shockingly enough, the Sabre (Synergetic Air-Breathing Rocket Engine) engine is fitted with a complex cooling system, far beyond what any typical aircraft would carry. The engine isn't terrible for the environment, will reportedly make a hypersonic travel option for commercial passengers. The main thing is to start the engine is like a hybrid of a rocket and an aero-engine fuelled by the combination of Oxygen, hydrogen, so it allows a rocket to breathe air. SABRE is supposedly greener and cheaper than current air travel.

According to the Program Director Shaun Driscoll of Reaction Engines at the conference, heat has been the limiting factor. The pre-coolers are critical in the plane development because it contains liquid helium that can cool engine from more than 10, 000 degree Celsius to room temperature in one-twentieth of a second.

Sabre is intended to provide a lightweight, efficient propulsion system to create a space plane that draws Oxygen into the engine to use for combustion from take off until it reaches just over 4000 mph. Sabre is intended to carry a much lighter and convenient rocket engine because it would carry less fuel oxidant and a 50% faster engine than the supersonic turbojet Concorde. 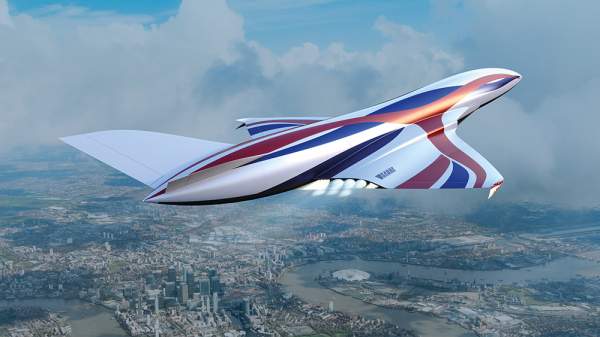 The Government had already invested 74 million dollars into SABRE. In contrast, the Reaction engine continues to use the space plane's experimental engine until it reaches 25 times the sound's speed to enter space.

However, the company aims to create a reusable vehicle that uses fuel efficiently, like a jet engine with a rocket's power. The hypersonic plane strives to match Rolls-Royce, BAR Systems, and Boeing superfast model to take people or cargo into space and back for just a fraction of the current cost.

See how Santorini was formed. (Video)

The following impressive video shows how one of the most visited islands in the world was formed. The creator of this admirable video, ba...

You Can Stay In This Cave Home Inside A Utah Mountain

Did you know that you can live the experience of a stay inside a cave in Utah, United States? It's the "Bedrock Homestead Cave" as it's l...