Amusement parks are trying to build the fastest and craziest rides of roller coasters in a variety of designs so as to attract people and boost overall park popularity. For all those who are fans of roller coasters, this is going to be a very interesting to-do list, presenting the tallest, longest and more important... the fastest rides all over the world.  So be ready to get thrilled ! 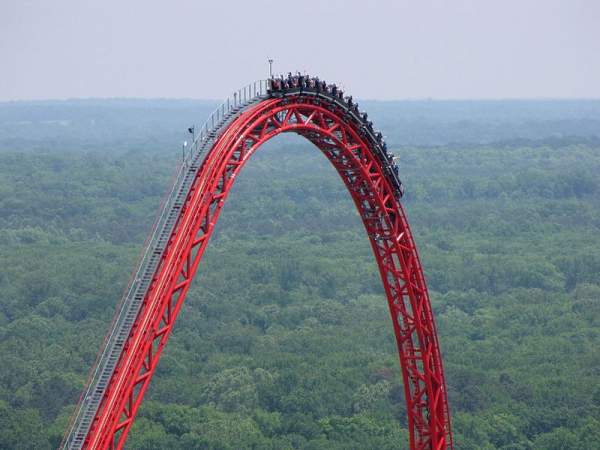 Intimidator 305, located at Kings Dominion in Doswell, is the tallest and fastest steel roller coaster in East Coast of United States. It has a height of 305 feet and it reaches 90 mph (145 kilometers per hour) at maximum speed. This roller coaster was opened on 2nd April 2010 and was named after late NASCAR driver Dale Earnhardt whose nickname on track was Intimidator. The ride duration of Intimidator 305 is 3 minutes, with four hills and eight turns in total. 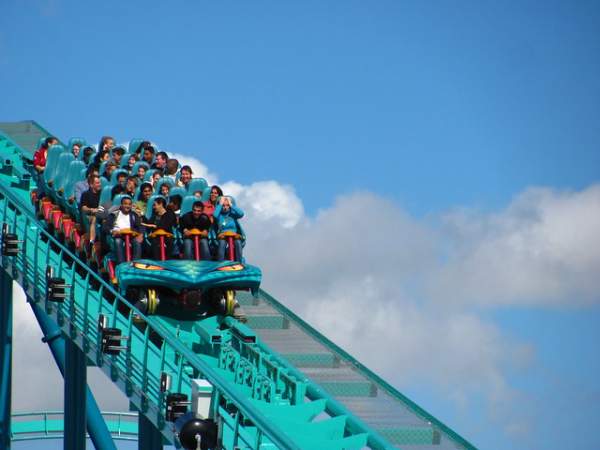 Leviathan, located at Canada’s Wonderland Park in Ontario province, is the tallest and fastest roller coaster in Canada. It is 306 feet tall, and the ride achieves a top speed of 92 mph (148 kilometres per hour)  once it drops to the ground at an 80-degree angle. One cycle of the ride lasts about 3 minutes and 28 seconds.The total length of the steel track is 1672 meters. 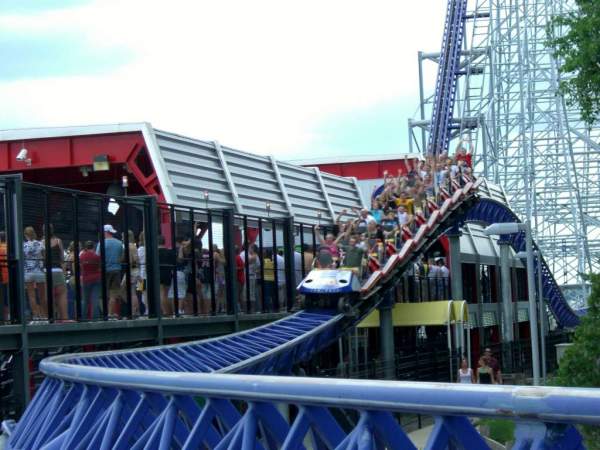 Millennium Force located at Cedar Point amusement park in Sandusky, Ohio is the ninth fastest roller coaster of the world with a top speed of 93 mph (150 km/h) and a height of 310 feet. It was opened in 2000. This 6595 feet long track has three trains with nine passenger cars, meaning that the ride is also the third-longest roller coaster in North America, and the total ride duration is 2 minutes and 20 seconds. 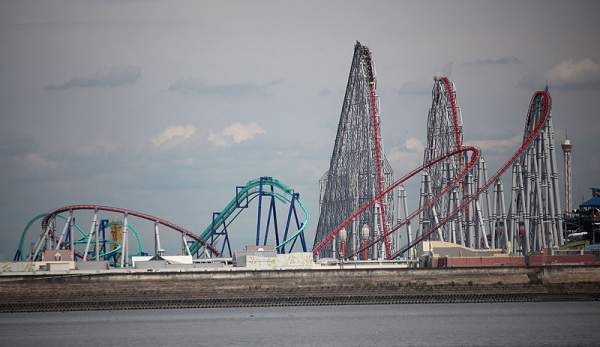 Steel Dragon 2000 is placed at Nagashima Spa Land amusement park in Mie Prefecture. It was opened in 2000 and since then it remains the world's longest roller coaster. It is also the seventh tallest steel roller coaster in the world, being 318.3 ft (97.0 m) tall and the second fastest  in Japan. During the first drop, the roller coaster can achieve a maximum speed of 95 miles per hour. The ride duration is 4 minutes in total. Interesting fact: Steel Dragon 2000 contains more steals than any other roller coasters for earthquake protection. 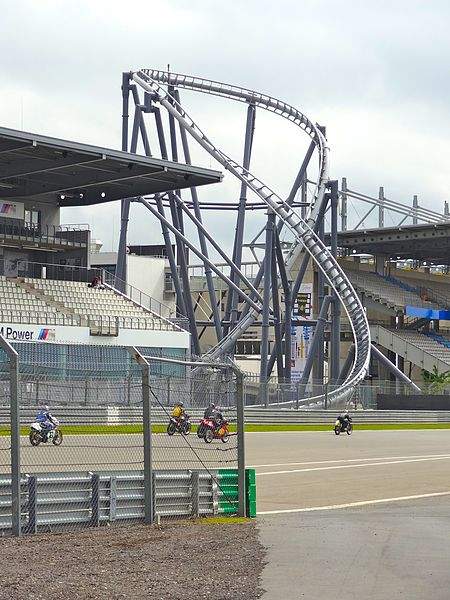 Ring Racer is a formula-one themed roller coaster located at the Nurburgring motorsports complex in Rhineland-Palatinate in Germany. It is the seventh fastest roller coaster in the world - as it can reach 99.4 miles per hour in less than 2 seconds (160 kilometers per hour) - and is 123 feet tall. The total ride duration is 1 minute and 25 seconds. Ring racer didn't last long as after its opening in 2013, the authorities announced the termination of the project in 2014. 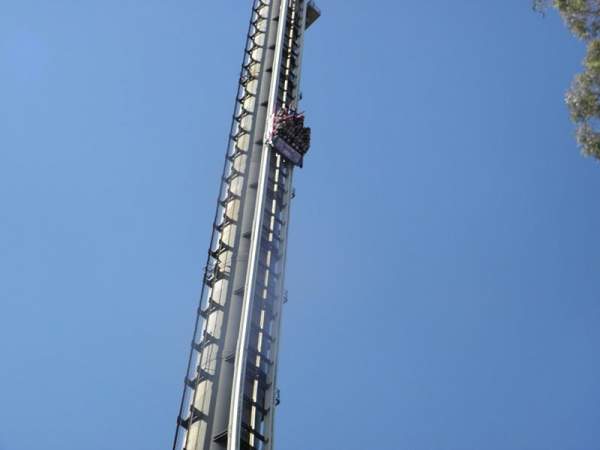 Tower of Terror II placed at Dreamworld theme park is the fastest roller coaster in Australia relaunched in September 2010, 13 years after the original Tower of Terror opened. The steel track accelerates to a maximum speed of  to 100 mph (161 km/h) within seconds. It cost $16 million to be constructed with a height of 377 feet. A ride with Tower of Terror II lasts 28 seconds. 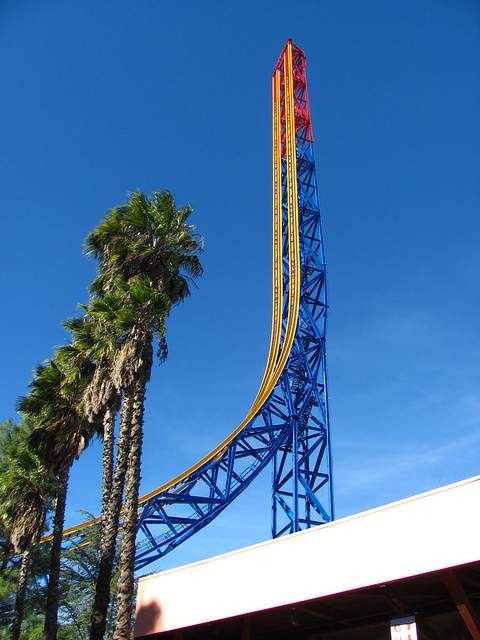 Superman: Escape from Krypton is located at six flags magic mountain park in Valencia of California. Even though it was opened in 1997, the roller coaster can achieve a maximum speed of 100 mph (161 kilometers per hour) in just 7 seconds.The steel track is approximately 1,235 feet (376 m) in length and the height of the tower is approximately 415 feet (126 m). Taking a ride with Superman: Escape from Krypton will last 56 seconds. 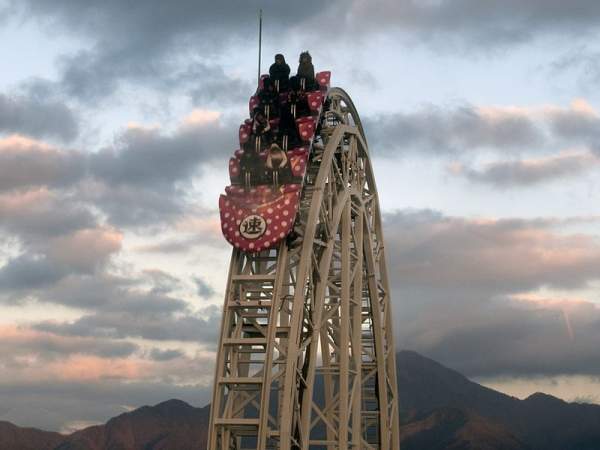 Dodonpa, located at Fuji-Q Highland in Fujiyoshida is the fastest roller coaster in Japan :it accelerates to the speed of 107 mph in 1.8 seconds. The ride will last just 55 seconds to cross the track's total length of 1189 meters and peaks at a maximum height of 49 metres (161 ft). It was opened in the year 2001 when it broke two records: fastest roller coaster in the world and with the fastest acceleration in the world. 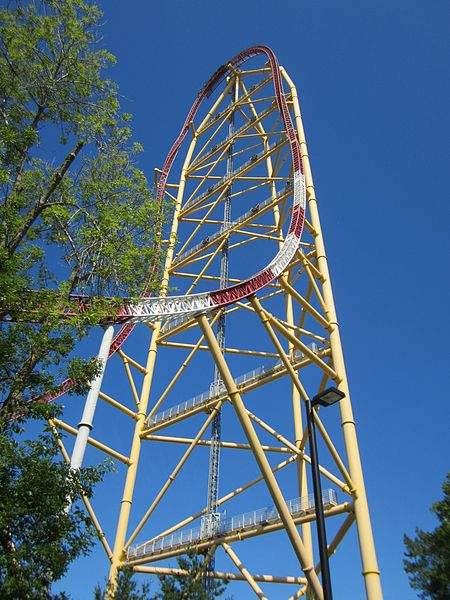 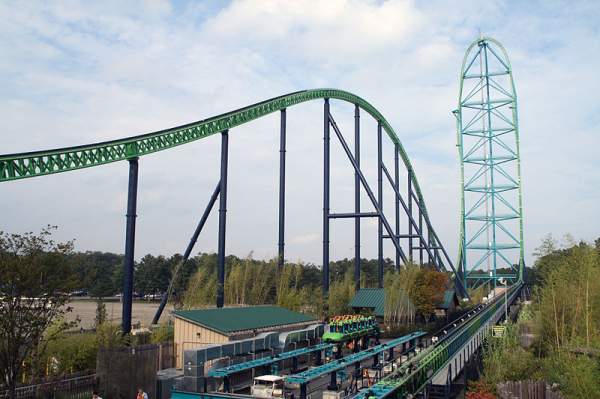 The second location for the fastest roller coaster beaches belongs to Kingda Ka, located at Six Flags Great Adventure in Jackson, New Jersey. It is the tallest roller coaster in the world - reaching 139 meters, followed by a drop of 127 meters, the second fastest roller in the world, and was the second strata coaster (over 400' tall) ever built. The Kingda Ka accelerates from 0 to 128 miles per hour (0 to 206 km / h) in 3.5 seconds. It covers a length of 3118 feet in just 28 seconds. Interesting fact: if you want to ride this one, you must be at at least 54 inches tall (137 cm).

Formula Rossa officially opened to the public on 4 November 2010. It is the fastest roller coaster in the world with a top speed of 150 mph in 5 seconds. This ride is located in Ferrari world of Abu Dhabi and covers its length of 2.2 kilometers in 1.32 minutes. The steel track have the theme of Italian track Autodromo Nazionale Monza. Formula Rossa also reaches 171 feet in height.

Los Angeles officially the City of Los Angeles and often known by its initials L.A., is the cultural, financial, and commercial center of...

One of the most imposing buildings and prominent landmarks of New York City  is  the St. Patrick's Cathedral. The decorated Neo...