1. Times Square was formerly known as Longacre Square until 1904, when it took on its current name after the  New York Times moved their headquarters there.

2. Despite its name, Times Square is not geometrically a square at all. It's actually closer in shape to two triangles which Broadway runs diagonally and intersects the the horizontal and vertical street grid of Manhattan.

3. Times Square is the one of the most visited place around the world with approximately 340.000 pedestrian visitors each day, amounting to over 124 million a year. 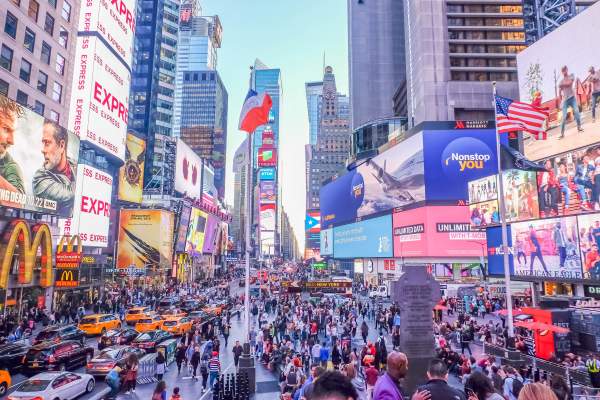 4. The NASDAQ sign at Times Square is the largest LED sign in the world with a height of 37 feet and it cost over  $37 million to be build.

5. It costs between $1.1 million and $4 million a year if you want to buy a LED sign at Times Square.

6. Times Square is so brightly lit, making it one of the few places on earth that can be seen from outer space. 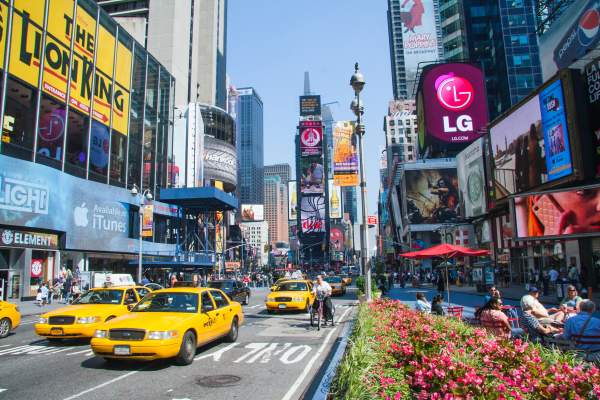 7. The first Times Square New Year's Eve ball drop was held on December 31, 1907 to welcome 1908. Ever since the ball drop has been held annually with the only exception the years of 1942 and 1943 in observance of wartime blackouts.

9. “The View” restaurant in the Marriott Marquis is the only revolving restaurant in New York that offers thrilling, panoramic 360-degree views of the city skyline.

10. On August 15, 1945, the largest crowd in the history of Times Square —an estimated 2 million people— gathered to celebrate US victory in World War II. That celebration was the site where the photographer Alfred Eisenstaedt captured the iconic and America's most famous kiss between a sailor and a nurse.

Symphony of the Seas is the largest and one of the most luxurious cruise ships in the world. ''Royal Carribean International'' 's cruise ...