All Aboard! 13 of the World's Most Luxurious Trains


There's nothing quite like the feeling of luxury. Whether it's a first-class flight or a five-star hotel, luxury always comes with a price tag. But what about trains? These days, luxury trains are becoming increasingly popular, offering travelers a unique and luxurious experience. From the Orient Express to the Rocky Mountaineer, here are the most luxurious trains in the world.

The Blue Train is one of the most luxurious ways to see South Africa. The train has been called "the most beautiful train in the world," and it's easy to see why. The train features elegant cars with wood paneling, chandeliers, and plush furnishings. The route takes passengers through some of South Africa's most stunning scenery, including the Cape Winelands and the Kruger National Park.

A classic train that has been featured in many books and films, the Orient Express is one of the most luxurious and opulent trains in the world. The train features beautifully appointed cars with intricate woodwork and luxurious fabrics. The route takes passengers from Venice to Istanbul, stopping along the way in such amazing destinations as Vienna, Budapest, and Belgrade.

The Golden Eagle Danube Express is a luxurious way to see Europe. The train features beautifully appointed cars with stunning views of the Danube River. The route takes passengers from Budapest to Bucharest, and features stops in some of Europe's most historic cities, including Vienna, Bratislava, and Budapest.

The Rocky Mountaineer is one of the most scenic train rides in the world. The train winds its way through the Canadian Rockies, offering stunning views of snow-capped peaks, turquoise lakes, and lush forests. The route takes passengers from Vancouver to Banff, with scenic stops including Kamloops and Jasper. 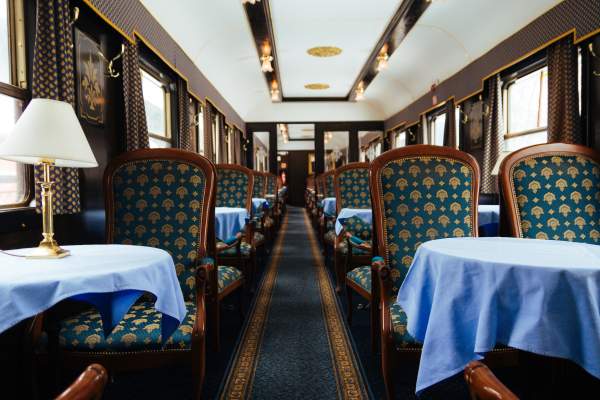 The Royal Canadian Pacific is one of the most luxurious trains in the world. The train features beautifully appointed cars with opulent furnishings and stunning views of the Canadian Rockies. The route takes passengers from Vancouver to Calgary, and stops in some of Canada's most gorgeous locales, including Kamloops and Banff.

A 5-star hotel on wheels, Rovos Rail is one of the most luxurious ways to see Africa by train. The route takes passengers from Cape Town to Victoria Falls, and stops in some of Africa's most beautiful cities, including Pretoria, Dar es Salaam, and Nairobi.The train itself features every luxury and comfort, and the scenery is breathtaking.

This train route travels from Chicago to San Francisco, making stops in Denver, Salt Lake City, and Reno along the way. The train is known for its luxurious accommodations, which include dining cars, sleeper cars, and observation cars. The observation cars have large windows that offer panoramic views of the passing scenery.

The Glacier Express is one of the most scenic& luxurious train rides in the world. The train winds its way through the Swiss Alps, offering stunning views of snow-capped peaks, turquoise lakes, and lush forests. The route takes passengers from Zermatt to St. Moritz, and stops in some of Switzerland's most beautiful cities, including Andermatt and Brig.

9. The Palace on Wheels, India

The Palace on Wheels is a luxurious train that takes passengers on a journey through the stunning landscapes of India. The train features luxurious suites, an on-board spa, and gourmet dining, making it the perfect way to experience the country in style.

The luxurious Royal Scotsman travels through the stunning Scottish Highlands, offering passengers views of lochs, glens, and castles. Onboard amenities include a bar, restaurant, and lounge car, as well as a spa and gym.

The Shongololo Express is a luxury train that operates between Johannesburg and Victoria Falls. The train is named for its route, which goes through the Kruger National Park, and offers an opulent and luxurious experience with beautiful views of the African landscape. The train has been in operation since 1995 and features two restaurants, a bar, and a lounge car. passengers can also enjoy a spa, swimming pool, and library onboard.

This Belmond British Pullmanoperates between London and Venice and is considered one of the most iconic trains in the world. The train features vintage carriages, each of which has been meticulously restored. The Belmond British Pullman also offers a variety of dining options, including a five-course meal served in the dining car. The Pullman offers a luxurious experience with attentive service and beautiful views of the English countryside.

The Golden Chariot is a luxury train service that operates in India. The train offers two different routes, the Pride of South and the Southern Sojourn. The Pride of South route covers destinations in Karnataka, Goa, Kerala, and Tamil Nadu, while the Southern Sojourn covers destinations in Karnataka and Kerala. The train is equipped with modern amenities and offers an experience that is reminiscent of the Raj era.  The onboard full-service spa offers every amenity, from massages to facial and body treatments. 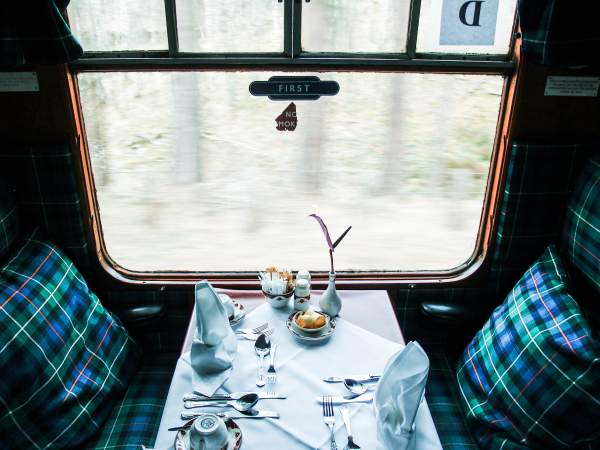 See video of the massive 3200-year-old President Tree, the third largest sequoia in the world

The ''President'' is a huge sequoia tree named after President Warren G. Harding in 1923 that is located in the Giant Forest of Sequoia N...

Are you dreaming of a trip to Europe to discover as many countries as you can, but are hesitant due to the expected cost or complexity of...