19 Curious facts about New York you probably did not know

New York is one of the most famous cities in the world and you have certainly heard a lot of information about it. But there are some strange things I probably did not know until today.

1. The Dutch were the first inhabitants of the city settled on the Hudson River in the year 1624. The city was named "NEW AMSTERDAM".
Then, in 1664, the British took control of the area and renamed "NEW YORK".

2. Between 1892 and 1954 millions of immigrants found shelter on Ellis Island. It is estimated that over 40% of Americans can locate their ancestors in the archives of the island.

3. New York is the largest city in the state of New York, it was the capital of the United States in 1788.
In April 1789, George Washington was named First President of the Nation in the Federal Hall.

4. About 800 languages ​​speak in New York, with 37% of its population being born in another country.

5. The term "Big Apple" was acquired by a local horse racing newspaper in 1920.
Before adopting this pseudonym, the Big Apple phrase was used to describe a great prize in major racing games.

6. The oysters were so popular that their shells were used to open Pearl Street. They were also used for the church of the Holy Trinity.

7. Staten Island often tried to become independent of the city, but failed in all its efforts.

10. Albert Einstein's eyes are stored in a safe city. 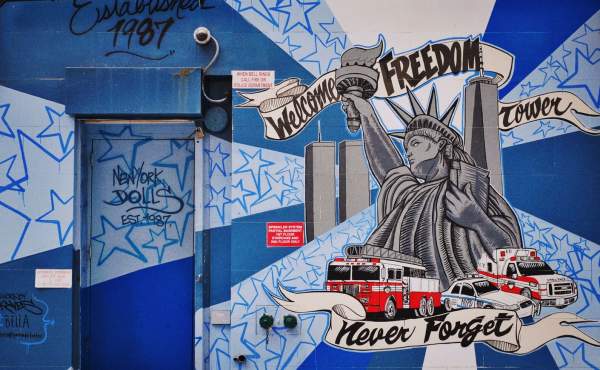 11. Mall in Central Park is a 650-meter trail originally built for wealthy New Yorkers to walk and socialize on Sundays in their finest apparel.

13. The Brooklyn and Quinn areas are so extensive that they can be the fourth largest city in the United States.

14. The Statue of Liberty was a gift from France for the alliance of the two in the American Revolution of 1776. The statue was sent in 350 pieces and it took 4 months to gather.

15. The New York Public Library has more than 50 million books and other items, having the second largest library system in the nation after the Library of Congress. It is also the third largest library in the world.

16. Taxis in the city were originally red and green. Only in 1912 the city adopted the yellow color for its taxis. Getting a taxi license is very expensive, you need about $ 1,400,000.

17. The first pizzeria in New York, Pizza Lombardi, opened in 1905. Since 1960, the price of a pizza slice has remained virtually the same as the price of a subway trip.

18. Times Square was originally called Longacre Square until the New York Times moved to this post in 1904 and changed its name.

19. The Federal Reserve Bank of New York has the largest gold reserve in the world. Ιt can be visited for free with a tour.

This map shows where we can travel and where not because of Covid-19.

Here are the travel restrictions for each country with one click.

Many are wondering where they can travel during this period of Co...

10 Best Places to Visit in the USA

The United States of America (USA)  is one of the most beautiful places in the world that any traveller would like to visit. A count...