The Feast of the Redeemer, which takes place on the third Sunday of July, is one of the most loved festivities by Venetians, in which the sacred and profane aspects coexist, thanks also to the evocative fireworks display which, on Saturday night, attracts thousands of visitors from all over the world: magnificent fireworks that, rising into the sky from the basin of San Marco, illuminate the buildings of the city with their colors and the numerous boats that crowd together to watch the magical show. A real city festival where popular participation even exceeds that of the Carnival and the Historical Regatta. Tradition has it that at sunset the boats, perfectly decorated and well lit, begin to float into the San Marco Basin and the Giudecca Canal. An abundant dinner based on traditional Venetian dishes is then consumed on the boat while waiting for the fireworks display, which begins at 11.30 pm and lasts until late midnight. A tradition that has continued for more than 400 years. 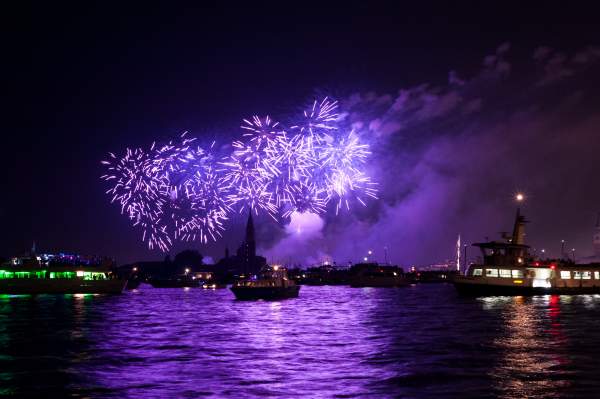 The Feast of the Redeemer dates back to 1577 and commemorates the end of a terrible plague that struck Italy and Venice in 1575. For two years, the epidemic hited the city apart, claiming almost fifty thousand victims. Two hospitals were built for the occasion, but they filled up in a very short time, forcing the authorities to put an increasing number of sick people on boats that were parked off Venice. Seeing no improvements, the Doge urged the citizens to pray and ordered the construction of a temple dedicated to Christ the Redeemer as soon as the pestilence was over. The end of the epidemic was celebrated by the Venetians with the construction of the basilica by Palladio on the Giudecca island, dedicated to Christ the Redeemer. Since that moment, every year, on the third Sunday of July, a bridge of boats is erected that connects San Marco Square to the church of the Redeemer to allow the procession of faithful to pass, thanking the Christ Redeemer for the end of that tragedy. The temporary pontoon bridge is 330 meters long and is made up of floating modules in wood and steel, tilting walkways ready to withstand the tides and high water and 34 boats that support the bridge that, for two days, connects the Zattere pier to the Giudecca island. 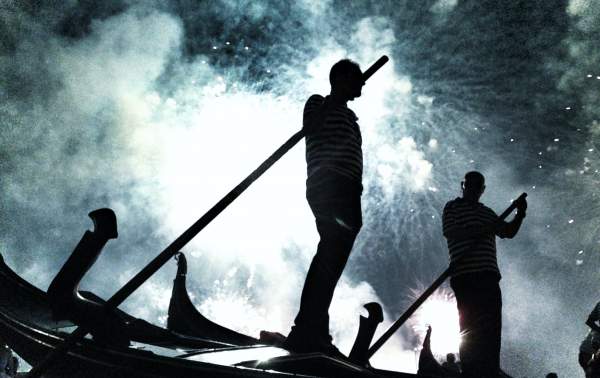 The celebrations include the solemn function presided over by the Patriarch and the religious procession, while the weekend ends with a Regatta on gondolas.

To participate in the Feast of the Redeemer in Venice, you need to keep in mind that the event attracts thousands of tourists every year and therefore the city is very crowded on that occasion. Accommodation and restaurants run out of places quickly. For any eventuality, it will be better to book well in advance. You can easily reach Venice by train. For the return you can opt for the trains that leave early in the morning (around 6:00 am) spending the night in one of the many parties that animate the Lido of Venice for the occasion.

The most beautiful beaches of Santorini

The Greek island of Santorini is one of the dream destinations for a relaxing and fun holiday between the sun, the sea, the beaches, the ...